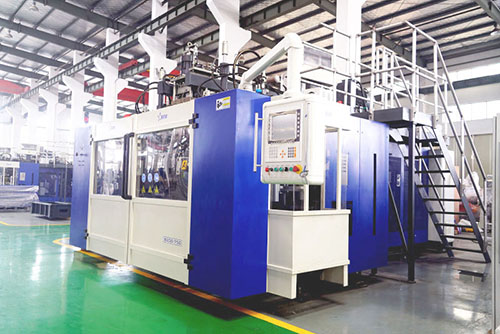 In the European and American markets, the domestic blow molding machine company still has great difficulty in entering, and the demand for the economy in Europe and the United States is weak this year. Emerging countries such as Africa, Arabia and South America have a large technological gap with domestic manufacturers in the production technology of blow molding machines. In addition, compared to the European and American blow molding machine companies, domestic blow molding machine manufacturers also have infinite advantages in the production of labor costs. It can be said that the blow molding machines produced in China in these countries are more suitable for local needs.
Relevant industry insiders believe that the future automatic blow molding machine industry will cooperate with the trend of industrial automation, and the technology development will be carried out in three directions: First, the mechanical functions are diversified. Industrial and commercial goods have become more sophisticated and diversified. Under the changing environment, diversified, flexible and multi-switching packaging machines can adapt to market demand. The second is the standardization and modularization of structural planning. Make full use of the original organic modular design to convert new models in a short time. The third is to control intelligence.